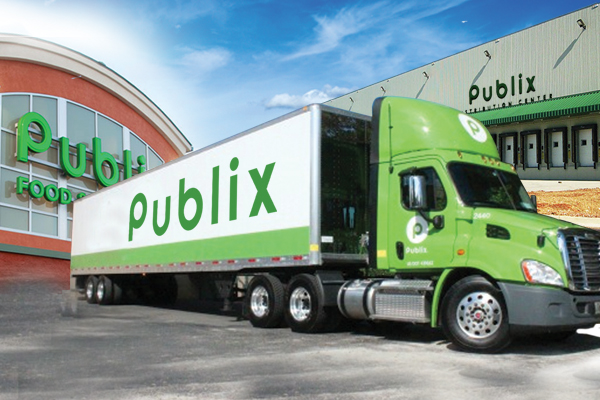 It’s pretty cool when a major economic development project announces that it is expanding before it’s even open.

Publix announced on Tuesday, Oct. 27 that it was expanding its distribution center, currently under construction in Greensboro, with a dry grocery warehouse.

The dry grocery warehouse will add more than 1.2 million square feet of space to the project but will not delay the completion of construction, which is expected to be in late 2022.

The groundbreaking ceremony for the first phase of the Publix distribution center – the refrigerated warehouse now under construction on a 350-acre site on Birch Creek Road in east Greensboro – was on Feb. 27.

The City of Greensboro, Guilford County and the State of North Carolina combined to offer an incentive package to attract Publix to Greensboro. The distribution center is expected to create 1,000 new jobs with an average salary of about $45,000.

This will be the 10th distribution center for Publix, headquartered in Lakeland, Florida.

President Pro Tem of the state Senate Sen. Phil Berger (R-Rockingham) in a press release said, “Publix is widely recognized as a great employer and wonderful place to work. It’s great to see them expand their footprint in the triad, and it’s a testament to our quality workforce.”

Publix director of Communications Maria Brous in a press release stated, “Publix is excited to be expanding our presence in the Greensboro community. We have a strong 90-year history where company culture and commitment to our associates, customers and communities come first. We look forward to growing our Publix family by offering associates competitive pay, including generous benefits, free lunch in our cafeteria and the opportunity to become a company owner.”

The 350-acre site of the new Publix distribution center was owned by Roy Carroll, the CEO of The Carroll Companies and the publisher of the Rhino Times.